In my first blog post about Cuba, I wrote about the trip there and our time at the resort. We spent the vast majority of our week vacation on the resort, but we did also take a couple day trips.

One of these adventures was a trip on a catamaran to a tiny little beach island called Cayo Blanco. We paid our fare (about $50) and we were picked up from the resort on a tour bus. It was about a 20 minute drive to the harbor front where the catamarans were. It was a beautiful day and there were about 20 people on the boat. 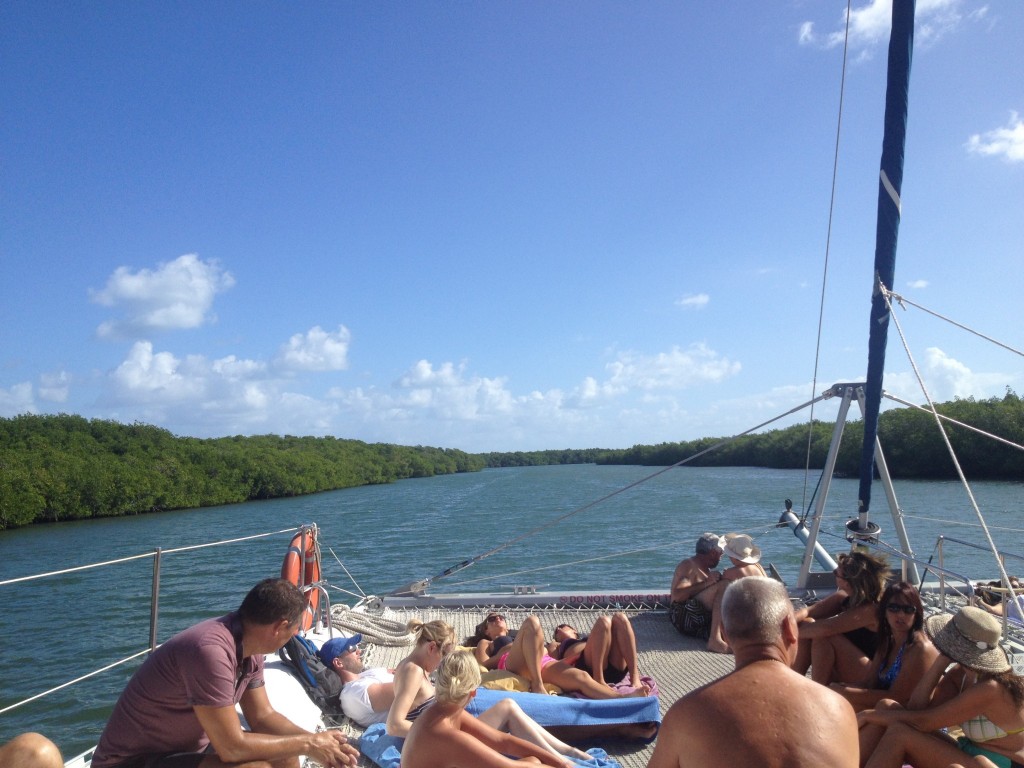 There were three crew members on the boat – a host, a bartender, and a helper. The host was awesome and had great energy, getting everyone excited for the trip while also explaining the itinerary and safety measures. It didn’t take long for the bartender to break out the rum, which was welcomed since I was used to having a morning buzz by that point of the trip.

The trip on the boat was gorgeous. It was a sunny clear day and the water was crystal clear.  With rum in hand, I was on cloud nine at the time. We took one stop on the way to do some snorkeling. We saw a few fish (nothing crazy), but it was just nice and refreshing to take a break and get into the water. It took about half an hour to get to the destination. 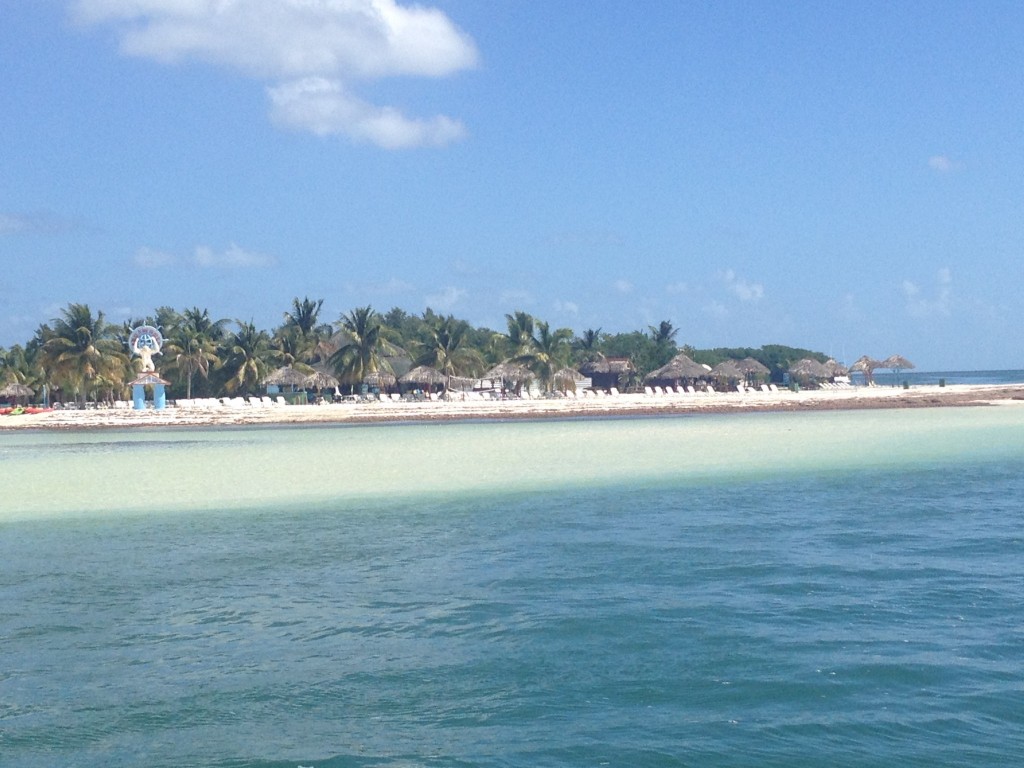 The scenery was amazing as we pulled up to Cayo Blanco, as we could see the beautiful beach with the shallow clear water that surrounded it. It’s a very small tourist island that no one actually lives on, but it just there for having a nice beach day. We were served a seafood buffet, which wasn’t great to be honest, but as usual in Cuba – the beach was amazing. The water was very warm and quite shallow for a ways out – perfect for bringing out a beer and just chillin! We spent a few hours on the island and then headed back to the boat for more drinks on the way home. It was a very fun day overall.

The other day trip we took was a journey into Varadero to check out the city. We took a double-decker tour bus, which was fun, but honestly a little unsafe. There were several instances where tree branches came into the bus and we had to duck! Our first stop was the local flea market. It was fun seeing all the local trinkets, but you can tell the average person in Cuba is very poor as everyone was very desperate to make a sale.

After that we checked out a local museum that was very cool and then went to a little restaurant that served us easily the best meal of the trip. Unfortunately, I don’t remember the name of the restaurant, but it really was delicious! 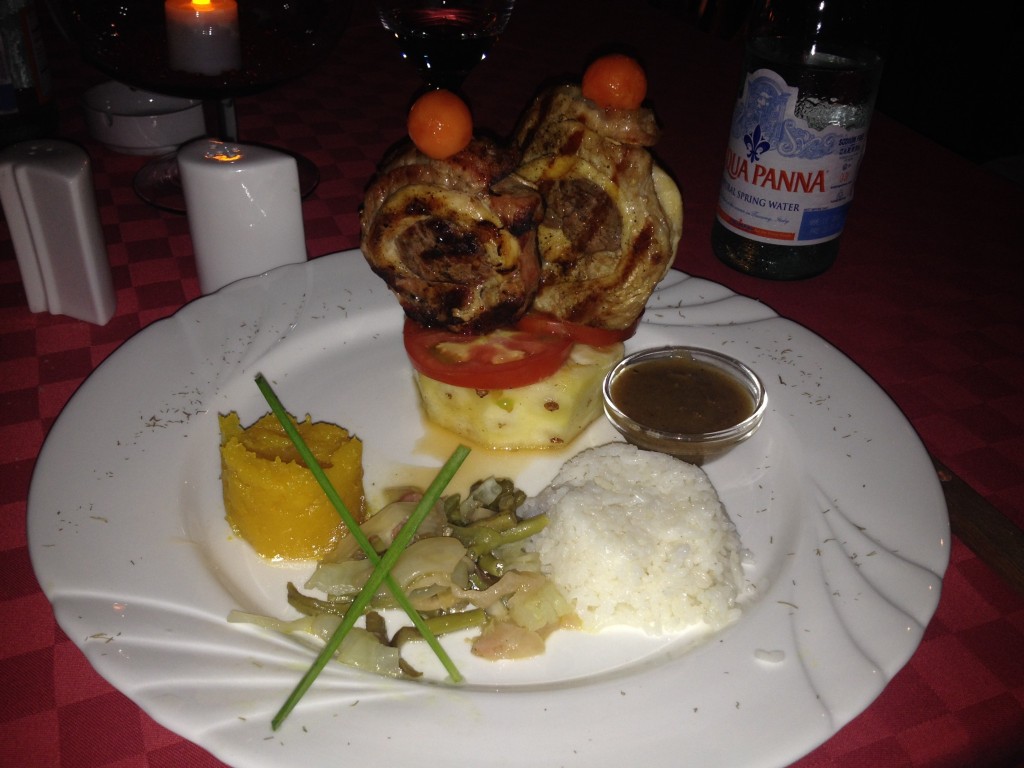 That was our last night in Cuba, and it was a nice ending. Overall, it was a great vacation for the price. Like most people say, the worst part is the food (although I actually like most of it) and the best is the beach (which I totally agree with)!